In an extreme case of throwing out the baby with the dishwater, officials in Australia have decided to cut off their noses to spite their faces.  This decision is so egregious and perplexing that using silly idioms is the only way to mask the horror.

What is this insanely ridiculous decision?  In an effort to control the Varroa Mite parasites in honeybee hives, ‘experts’ in Australia have chosen to kill hundreds of thousands of honeybees and destroy their hives.  This is akin to stopping the spread of Covid-19 by murdering all humans who could contract it.

Varroa Mites are a HUGE problem for honeybees. They are parasitic mites that attach themselves to honeybees and suck the fat stores out of these honey makers.  As Varroa Mites get further entrenched in a honeybee hive, the outcome is eventual death to the hive along with thousands of honeybee deaths.  Varroa Mites have been inching their way toward domination in the United States for years now.  They are a leading cause of Colony Collapse Disorder (CCD) that is wiping out honeybee populations at a rising rate.   They are a very serious problem.  But the action of destroying the host of these parasites is not controlling the mites but rather speeding up the demise of honeybees.  And we desperately need honeybees!

In the world of farming, there is preparation of the soil for planting, planting of the seeds, water/rain/irrigation to grow the necessary roots and foliage to provide food for the plant (photosynthesis), the pollination of flowers to produce fruit/seed, harvesting of the crop, and then distribution.  If any of these steps is ignored or forgotten, there is no food.  Man has learned to control portions of these steps by mechanization (farm equipment to prepare the soil, plant the seeds, and harvest the crop), by irrigation via flooding or sprinklers to provide water when Nature doesn’t cooperate, and the distribution models are amazing ranging from farm to table up to international distribution channels.  One thing that Man cannot control is pollination.  It is performed by honeybees and other pollinators like butterflies, bats, moths, and certain insects and animals.  But the honeybee is the main pollinator hands down.

Honeybees are a very critical component of the collective food source.  Honeybees pollinate the food supply so that fruit trees bear fruit, corn produces ears, wheat produces seed and strawberries produce beautiful, plump strawberries for human consumption.  If we didn’t have honeybees, we would not have any fruit, vegetables, grains, etc. for people to eat.  Plus, we would not have any feed for livestock which would mean no chicken, beef, or pork as well as no eggs, no milk or cheese.

It is not possible for Man to pollinate crops successfully.  Think of just one acre of land having crops – there are thousands and thousands of plants each with many flowers.  Successful pollination requires transferring the pollen from numerous flowers and transferring it to numerous other flowers.  Bees do it by going from flower to flower for the purpose of gathering pollen to create honey – their food source.  But the by-product of this effort to create honey transfers the pollen amongst plants and thereby pollinates thousands of plants which will now produce fruit, seed, grain or whatever it is we want from that plant.  Can you imagine a group of humans going from flower to flower with a tiny paintbrush gathering pollen, then going two to three rows over to now place that pollen on the flowers of other plants, only to jump over 5 or 6 rows to gather more pollen to then traipse back to where they started to make sure the original flowers get pollen from some other plant other than themselves?  This is ludicrous!  The pollen from a plant rarely effectively creates fruit if pollinated with itself – it is other plants that make the magic happen.  And then you get crops with male and female plants all mixed in and opposite sex pollen is necessary to create fruit.  If that is the case, humans must do the entire process two to three times to make sure they get good pollen distribution.  The level of effort to provide this is insurmountable – and this is for only 1 acre.  Food today is created on hundreds of thousands of acres and the only creature capable of creating this magic are pollinators.

So, what gives with the Varroa Mite?  Why is this parasite an issue now and hasn’t been before?  Are Varroa Mites like superheroes?  Why are honeybees so susceptible?

If you ask 5 people, you’ll get 5 different answers as to why honeybees are being decimated by these parasites – but all opinions focus on the weakening of bees.  Loss of habitat (no natural plants to put in the mix), loss of habitat (no natural hive locations), monoculture of crops (miles and miles of only one crop meaning the bees are living off only one food source), use of pesticides that kill and weaken the honeybees, lack of beekeepers to nurture the bees, etc.  Okay – these answers make sense, but they don’t address the rise of the Varroa Mites power over honeybees…

A theory not well researched but one I believe is at the heart of the problem is the increase in growing GMO Crops.  GMO stands for Genetically Modified Organism which is NOT cross breeding or hybridization.  Cross breeding and hybridization are when you choose successful traits of a crop and then cross pollinate with successful traits of another version of the same crop to make stronger, more productive plants.  This is fine and everyone benefits.  But GMOs are very different.  A GMO comes from a scientific laboratory where the DNA of a seed is altered.

In the case of GMO corn that is grown en masse across the United States, the DNA of corn seeds have had a chromosome removed and a chromosome of RoundUp (Glyphosate) put inside the DNA.  This way, when a crop of GMO corn has weeds, the entire crop can be sprayed with RoundUp and it will not kill the corn.  But the RoundUp is now part of the DNA which means it is now part of the pollen of the plant.  As time marches forward, there is increasing evidence that Glyphosate is dangerous.  Exposure has been known to cause cancers, it is linked with leaky gut syndrome, it has increased food allergies, food sensitivities, and been linked with the increase in cases of gluten intolerance.  As it becomes more prevalent in our food supply, more sickness evolves.

So, think of these tiny honeybees whose entire food supply is from flowers.  They are contract pollinators whereby hundreds of hives are shipped to fields for the purpose of pollination.  If the entire food supply for these bees are GMO crops, then their entire consumption is GMO pollen.  It doesn’t take much to consider a link between ingesting poison and becoming sick.  If the bees are suffering, they are weakened.  Parasites LOVE a weakened prey and become more effective at creating the demise of a host.

If honeybees are weakening due to GMO crops, and if Varroa Mites are increasing in numbers and effectiveness due to a weakened bee population, what benefit could possibly come from destroying millions of honeybees and their hives?  It simply means fewer honeybees that are already compromised.  The Varroa Mites are winning this battle and will continue to do so as long as the ‘experts’ decide that throwing the baby out with the bath water is the only solution to a very complex issue. 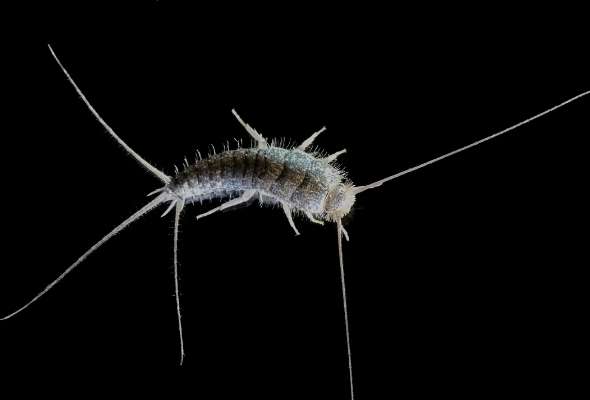 Silverfish are small, nocturnal, wingless insects also known as fishmoths, carpet sharks or paramites and get their name from their silvery-blue hue and their wiggling, fish-like motion. They have been around for 300 million years which means they lived with the dinosaurs and are truly living fossils. These pests can cause a great deal of… 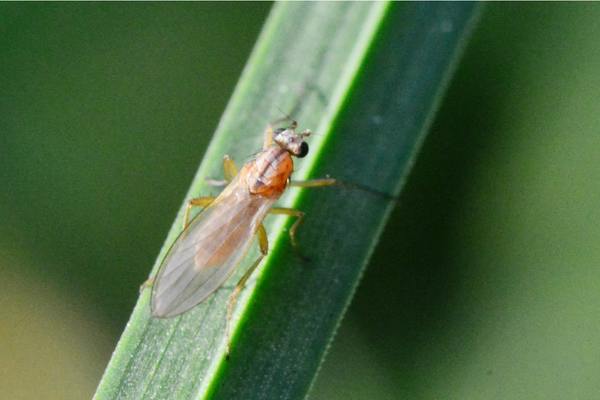 No-see-ems are perhaps the most annoying pest. And we’re in a banner year for the coastal areas of South Carolina and Georgia. But what is a no-see-em and how can you avoid them? No-see-ems are a very small pest also called sand fleas, sand gnats, midges, punkies or other four letter words not fit to…